The higher the import batch records, the faster the data import will be finished. However, when the connection is lost while importing a batch, an error will be shown. 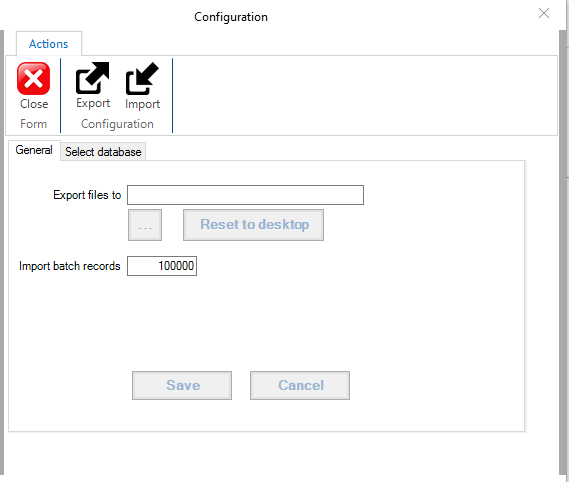 The minimum batch size is 1. There is no maximum to the import batch.

When you have changed the import batch, always click on the 'Save' button.

Please contact us when you have questions, suggestions or remarks about our product or services.